It is better to have tried and failed, than never try at all 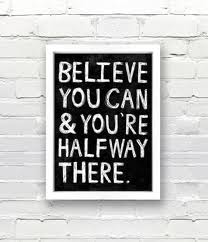 We’ve all been there … doubting mum moment. Mine was the last day of vacation care so the kids were having a party and talent quest. My boys of course wanted to take their guitars – no problem. As I dropped them off, one of the supervisors asked if they could play. And now that got me thinking. They can’t actually play, but they have great fun trying to be rock stars! So my doubting mum moment – should I not have let them take their guitars for fear of humiliating themselves, or should I have let them take part purely for the enjoyment they get out of doing it?

I’m pretty sure I’ve done the right thing in letting them get involved. If they’re teased, as awful as that may be for them and as much as I want to shield them from that, it’s unfortunately a part of life and they can learn something from it. It may teach them that they need to practice more before their next talent quest (I used to be a professional pianist so know all about that!) or it could teach them that it doesn’t matter what anybody thinks of them, it only matters what they think and that they’re enjoying something that they’re passionate about. That’s a difficult lesson for adults to learn let alone two little boys aged 5 & 6, but you’ve got to start somewhere, right?

That got me thinking about business. What if business owners didn’t follow their passion because they thought they weren’t good enough? What if we didn’t put ourselves outside our comfort zone for fear of judgment and ridicule? What if we gave up at the first hurdle?

Famous ‘failures’ which weren’t such failures

Luckily, at the end of the day my boys were excited with lots of happy memories of their time at vacation care. For it is better to have tried and failed, than to have never tried at all!