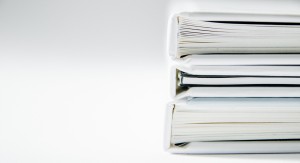 Modern Awards – what you need to know!

Modern Awards have been a feature of the Australian workplace relations system they were implemented in January 2010. Despite this, we continue to meet many employers who still say they don’t understand them or don’t even know they exist. This lack of awareness can have very serious consequences. Here are 5 key facts about modern awards that business owners need to know.

Fact 1: Modern Awards Apply by Law, Not by Choice

Australia’s 122 modern awards contain mandatory terms and conditions of employment that must be provided to any employee who is ‘covered’ by a modern award. The modern award entitlements apply in addition to the ten basic entitlements set out in the National Employment Standards (NES). If an employee is covered by a modern award, you can’t ‘choose’ not to comply with award – the award applies as a matter of both law and fact and irrespective of whether the employer or employee want the award to apply.

If a modern award applies to an employee, his or her employer must ensure that all award entitlements are provided at all times. For example, many modern awards may impose an entitlement to annual leave loading or other additional allowances. Similarly, most modern awards contain limits on the ‘daily span’ of working hours and detail when overtime rates must be paid and how these are to be calculated. Employers are legally responsible for providing these entitlements and penalties are steep.

Fact 3: Paying ‘Over the Award’ Doesn’t fix Everything

Many employers mistakenly believe that if they pay an employee a basic rate of pay that is higher than the minimum rate in an applicable modern award they don’t have to worry about award conditions or provisions. Unless the contract of employment makes it clear which modern award entitlements have been incorporated into the ‘over award’ rate of pay then it is more than likely the higher rate will simply be treated as the ‘base rate’ upon which all of the loadings, penalties and allowances in the award must then be calculated. This means the employee will benefit from a higher base rate as well as higher loadings, penalties, and allowances.

Fact 4: Only a Judge can tell you which Award Applies

The Fair Work Ombudsman (FWO) – the Commonwealth Agency responsible for investigating employers for breaches of award entitlements – has no ability to definitively tell anyone what award applies to a particular employee. They can only give you ‘general advice’, which is no more or less useful than expensive legal advice or the opinions offered by ER consultants. It’s still a very good idea to get the Ombudsman to provide their ‘general advice’ in writing for future reference but nothing can protect employers from future claims that are caused by them applying an incorrect award.

Finally, it’s important to note that modern award rates are generally increased on 1 July each year. This means you need to check the rates currently being paid to ensure they are at least equal to the new minimum rates in the award. Remember too that it is essential that all award-covered employees are allocated to one of the award’s classifications. If this is not done, it will be impossible to determine whether the correct rates of pay and other entitlements have been or are being provided.